Of Bread and Circuses

TL;DR – The bulk of tax relief goes to the wealthiest of the wealthy…and the national debt is to be paid by the bottom 80% of earners.

They Gotta Dance With Who Brung ‘Em. Just prior to the passing of the GOP tax bill, Harvard University’s Center for American Political Studies (CAPS) and the Harris Poll survey revealed that 64% of Americans strongly opposed the tax bill.

Americans wrote and called their representatives, making their opposition clear. The fact that the Republican congress voted for the tax bill anyway revealed true cracks in our democracy. When a majority of a lawmaker’s constituents oppose the passage of a bill and that lawmaker votes for it despite the opposition, someone is listening to big money contributors and not the American people. 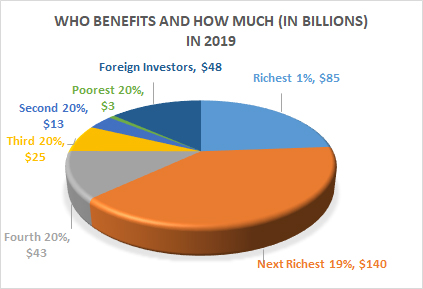 This tax bill is a Bread and Circus bill. Taxpayers will be temporarily distracted from the long-term ramifications of this bill with the “crust of bread” thrown to them. My tax break this year will amount to ~$200. Others will receive less. While we receive our crust of bread, the richest 20% in this country will receive $225 billion dollars. At a time when income inequality has become a national scandal, the average American has just been slapped in the face by this bill. If Republicans believe that voters won’t notice the disparity, they are mistaken. Cuts for corporations are permanent, while cuts for real people are temporary. And the Republican circus doesn’t end with tax cuts for the wealthy. It is indeed a pork barrel bill. 13 million Americans will lose health insurance and drilling will be opened up in the Arctic National Wildlife Refuge. The bill alters the treatment of state and local taxes. The end result will be less state and local money for schools and roads. 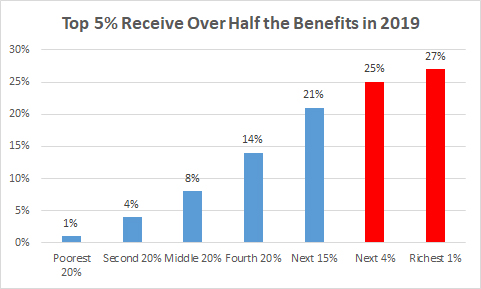 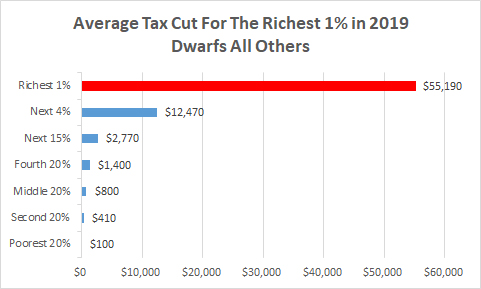 Who wins and who loses? Wanna guess? Because these cuts are temporary and the Republicans will balloon the deficit to $1.5 trillion dollars, millions of American households will face significant tax hikes in the coming years. It is projected that ordinary Americans will see a combined $83 billion dollar tax hike by 2027, while the richest 1% will continue to receive tax breaks. Because of the skyrocketing deficit, Republican lawmakers will target Medicare, Medicaid and Social Security for cuts. Within a decade, the top 1% will enjoy over half the benefits from the bill. 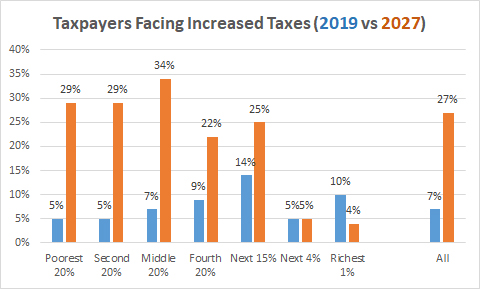 NEWS FLASH - The rich get richer! So while we cash our minuscule tax refunds this year, let’s not forget that the amount of savings we see now will soon be dwarfed by the amount paid down the road. This bill wasn’t written for average Americans. Most Americans didn’t want it. It was written as a nice present for rich Republican donors. And the middle class and poor in this country will be stuck with the tab. So much for bread and circuses.

Data primarily sourced from INSTITUTE ON TAXATION AND ECONOMIC POLICY