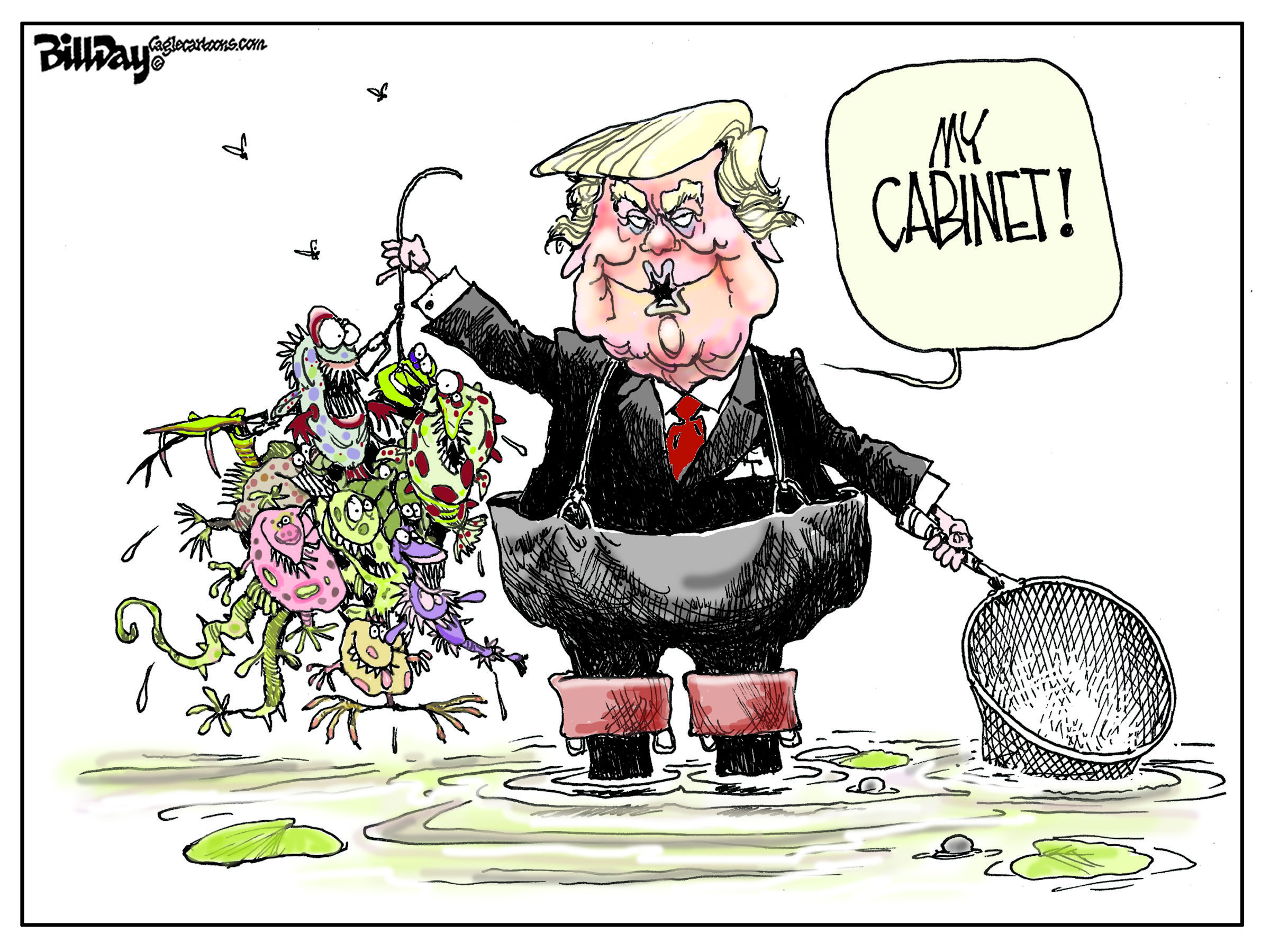 This past June we were treated to, “D-Day was an example of our strong relationship with Germany…” by a White House spokesperson. Her obvious ignorance of the topic should give us all pause. Do we really have people in important positions that don’t grasp fundamental facts? Well, yes. In fact we have lots of people like that. And the Trump Administration already has more indictments than any administration since Nixon. So, is it ignorance or malfeasance? 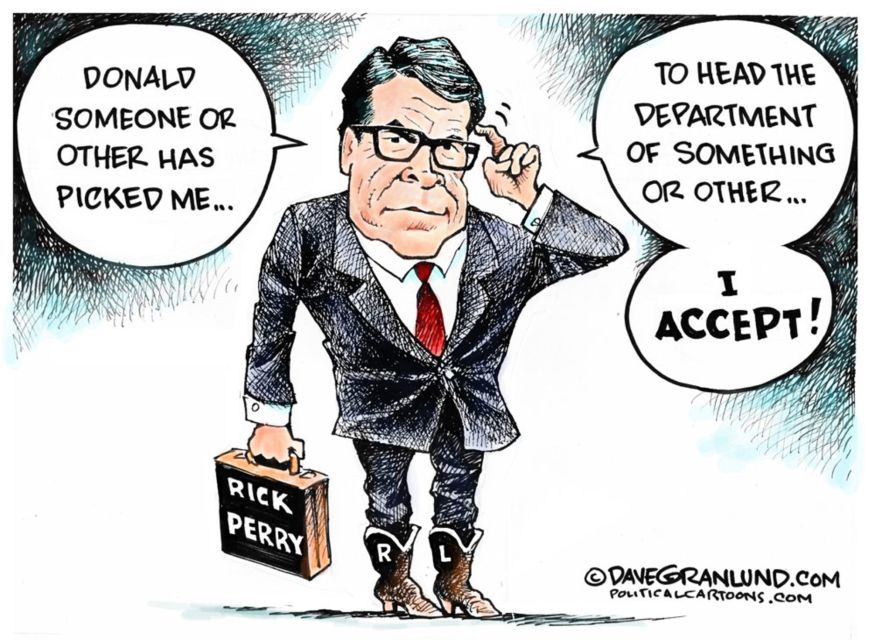 Rick Perry, as the Secretary of Energy, is responsible for America’s nuclear facilities and weaponry. He replaced the Obama appointee, an actual nuclear physicist. Rick’s only specialty is that he has oil and gas men on his speed dial, and is apparently a whiz at math. Somehow he always buys just the right real estate at just the right time and sells it to just the right buyer at just the right time, for big profits. But at governance, maybe he has a bit of trouble. In his tenure at DOE he has developed 3 different plans on how to keep unprofitable coal and nuclear plants running, but none of his plans get approved by the WH. It seems that every plan costs one facet or another of the energy companies’ money, so he’s working on plan 4. That plan will include a national security provision that will force Congress to fund these unprofitable plants using taxpayer dollars. A win for everybody - except almost everybody. Fortunately for us, his ignorance makes him ineffective, and with only a dash of malfeasance. 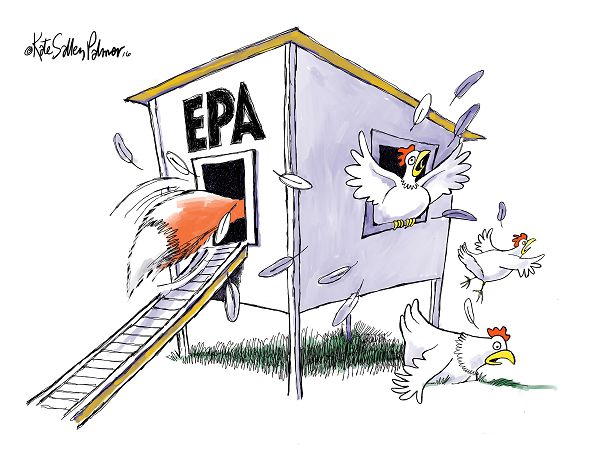 Scott Pruitt, Trump’s first pick to lead the EPA, was an Oklahoma politician that had sued the EPA over 14 times, challenging virtually every aspect of its environmental stewardship. Following numerous investigations of his unethical behavior in office he was replaced by Andrew Wheeler, a coal lobbyist and Washington pro. As one observer said, “Wheeler has been part of government, he has been a lobbyist, he is ‘of the swamp.’” Both are climate change deniers. I know of no more fundamental environmental truth than Climate Change. Even the oil companies have stopped denying it. And our military is engaged in spending billions to provide mitigations of the effects. Both these picks were/are intent on neutering the Agency. These two are Malevolence incarnate. Their ignorance is feigned, the better to carry out their destruction of the Agency. 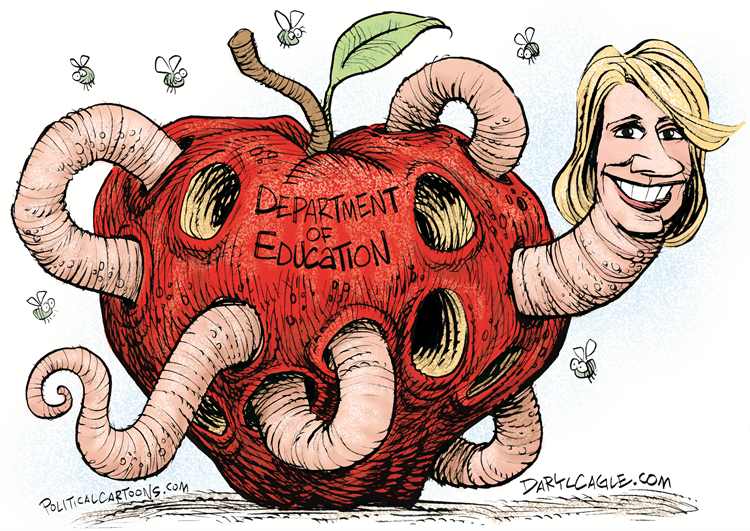 Betsey DeVos, Trump’s Secretary of Education, is a billionaire anti-public education maven that profits off student loan defaults and never had anything to do with public education; not as a student, not as a parent, nothing. The ignorance she displayed at her confirmation hearing was unbelievable in its depth, demonstrating time and again her know-nothing approach to life in general, and public education in particular. Given her rapacious relationship with student loans and her dedication to privatizing education, the better to reap public monies into her bank account, she is the epitome of Malevolent Ignorance. 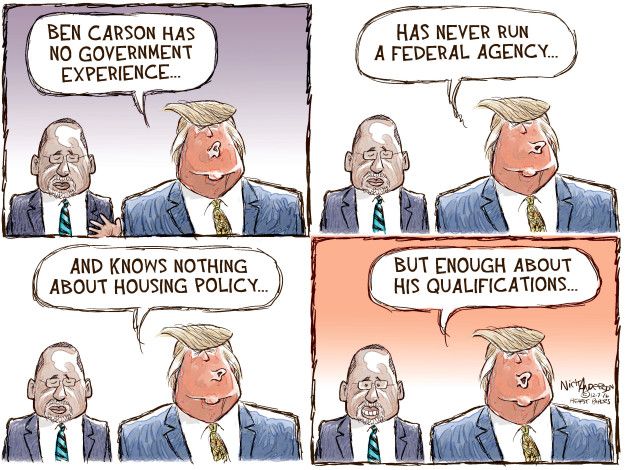 Ben Carson, Housing and Urban Development Secretary, opposes government involvement in housing or urban development. This is a man that blames the poor for poverty and has not a clue as to how to operate a 40 billion dollar Agency with a management workforce that includes over 4,000 employees making 6 figure salaries. In keeping with the accepted Trump methodology he has engaged his wife, son, and daughter-in-law in HUD business, despite cautions from the ethics folks that he was running afoul of the law. But his stock-in-trade is Ignorance with only a sprinkling of malfeasance. 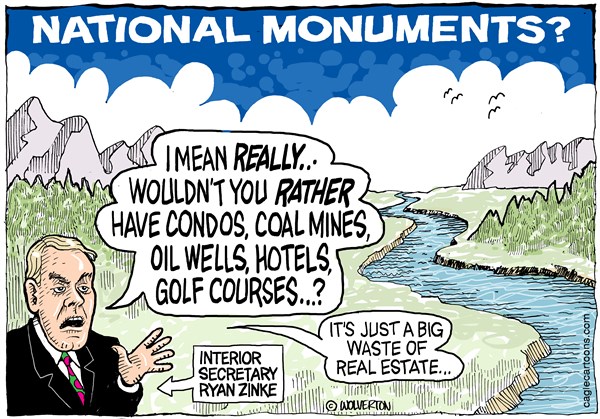 Meet Ryan Zinke, our Interior Secretary. He follows the Republican traditions of the department leadership, from the Teapot Dome scandal through James Watt’s famous boast about his staff, “I have a black, a woman, two Jews and a cripple.” Zinke has dedicated his time in office to reducing protections of national monuments and publicly-owned land, the better to permit corporations and well-connected people to make millions off our taxpayer assets. No one was better connected than his Montana neighbor, who, under an opaque contracting process, was awarded the 300 million dollar contract to rebuild the power grid in Puerto Rico. At the time of the award the company had a total of 2 employees. Fortunately Zinke’s wealth doesn’t depend on just one contract. He also has ties to G.O.P. political action committees that many of his fellow Republicans have blacklisted as “scam PACs.” No, he’s not Ignorant, he’s just pure Malevolence. 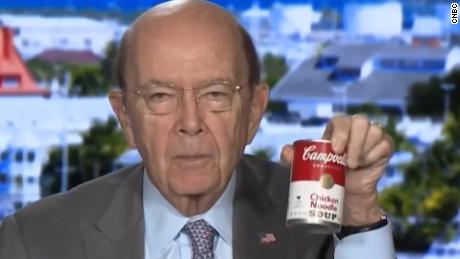 Wilbur Ross, our Commerce Secretary, is described by ex-partners as a pathological liar and grifter. He “manages” an array of idiotic tariffs, designed to inspire a trade war (we’ve been assured trade wars are easy to win). Turns out his “genius” in business is apparently related to shady deals, flim-flams, and downright fraud. He is expected to quietly disappear after the midterms in order to spend more time with his many ex-partners’ and ex-clients’ lawsuits. A sterling example of Malevolence, not Ignorance. 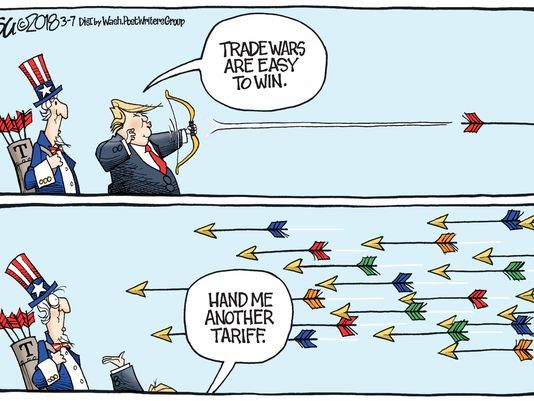 So we should not be surprised that a WH spokesperson doesn’t know the first thing about World War II. Does anyone want to make bets that come December 7th, she’ll point out that Pearl Harbor Day celebrates our deep and abiding relationship with Japan?

This Administration is generally regarded as a kleptocracy, or at least the most corrupt in our history – and that’s really saying something. Corruption has always been associated with Republicans, especially over the past several decades.

But on to Ignorance. Why the abysmal ignorance of this Administration’s appointees? Because the Republican Party has aggressively sought ignorance for decades. They have pushed policies that support that ignorance, from creationism to climate change denial, from the local school boards to the county and state governments and now fully, the Federal level. 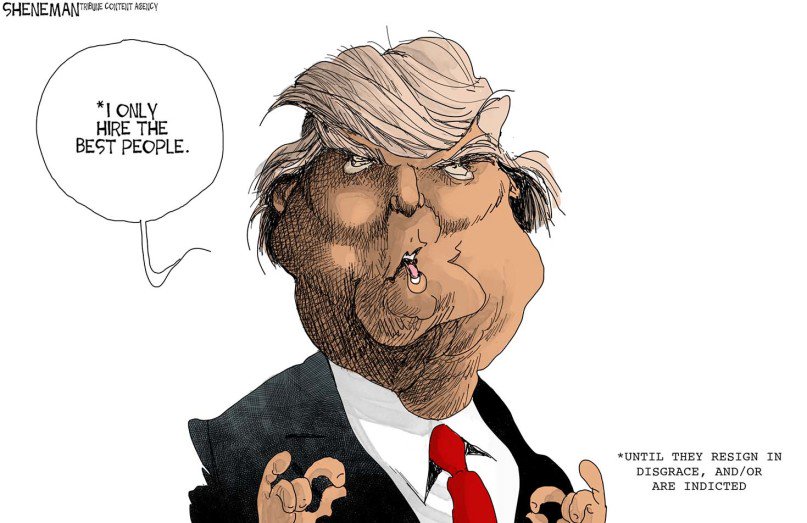 In “1984”, that manifesto of our dystopian future (getting closer day-by-day), Orwell introduces the party’s slogan, “Ignorance is Strength”. Coupled with the open corruption of the Trump administration, we now have the recipe for the demise of our democracy.

The worst member of Trump’s Cabinet?