Bias in the Media and Where to Find the Truth

Once upon a time, when America had 3 TV networks viewers were offered an hour or two a day of highly structured news read by a trusted voice, most famously Walter Cronkite. We didn’t have to consider whether the announcer was giving us facts or not. It was all facts.

We learned at an early age what reasonable, responsible reporting looked and sounded like – and what it didn’t. The supermarket tabloids were recognized as foolish and not to be believed. The Weekly World News’ BAT CHILD ESCAPES! stories were laughed at, but folks still bought them. There’s always been a market for weird, unbelievable stories, but we learned how to tell truth from fiction. 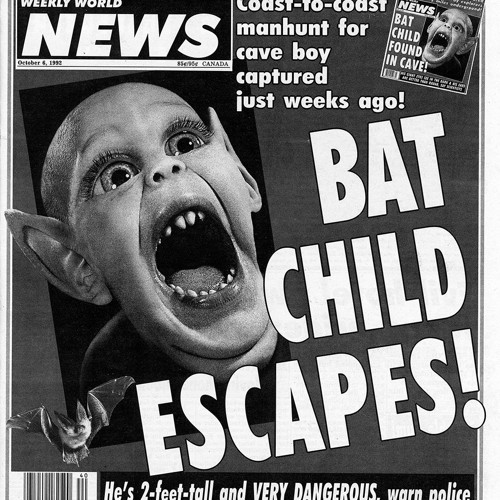 Today, however, it’s a different world. About three-quarters of today’s Americans were born after Walter Cronkite’s retirement. And all they have only known is the endless parade of Weekly World News or Esquire-esque sources that obscure the real news sources.

In my dealings with young adults I often hear, “I don’t know what to think. Who can I trust is telling the truth?” Given the proliferation of public liars their cynicism is understandable. In the past, my advice was to challenge what they heard by comparing across different news sources and using critical thinking to question what they read and heard. “Does this make sense? Is this the way people I know would act?” That sounds good, but is pretty vague – lacks “actionable intelligence” my army buddy would say. But now there is an actual tool to help these folks (and you, too) place your news provider in the matrix of journalistic quality. Click here for Vanessa Otero Chart 2018. 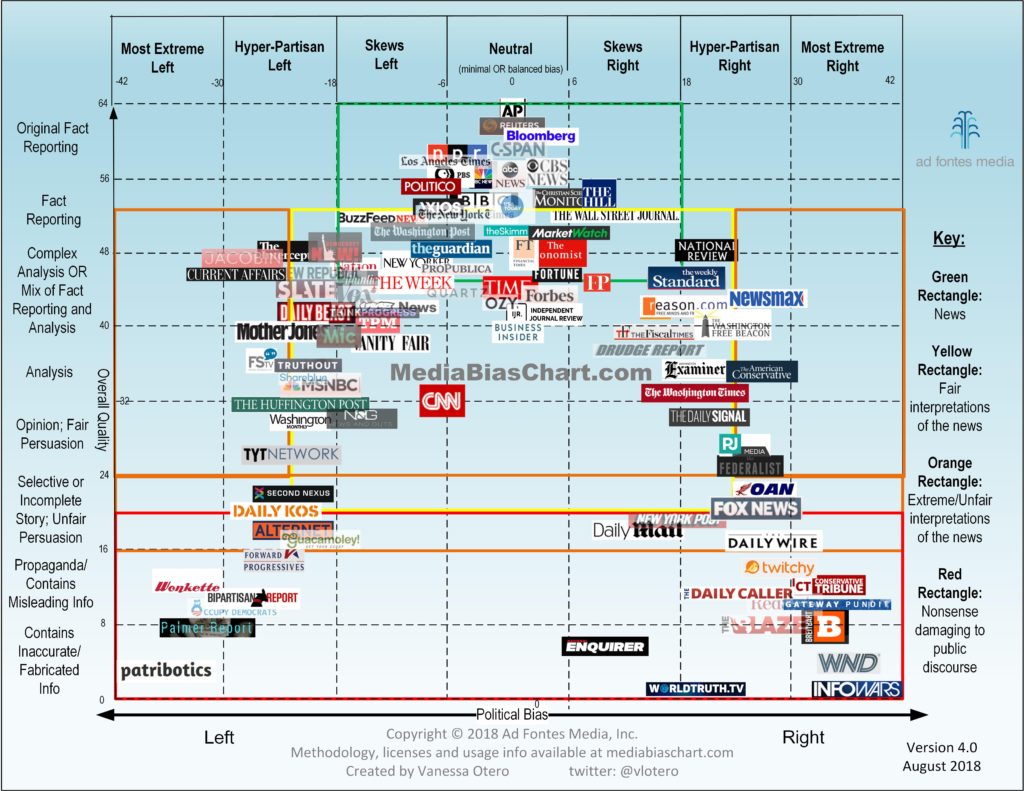 Ms. Otero is a Colorado attorney, and about 3 years ago she first developed the forerunner to this chart. Her simple design included a horizontal ‘x’ axis from Liberal to Conservative, and a vertical ‘y’ axis ascending from Nonsense to Original Factual Reporting.

Sure, since these evaluations are made by people reviewing actual content (not “clicks” or some other “social media” indicator) the evaluations are going to contain some reviewer bias. We are all only human. But read the section on the About dropdown that explains the methodology and objective scoresheets, and appreciate the effort made to be as objective as possible. You can nitpick this site or that, but in the end, this gives you a platform to weigh different media sources against each other.

The chart can be a bit daunting when it firsts paints on your screen. Suffice to say there is a lot of data depicted.

However, when you scroll down the page you will find some tools for displaying the rankings, via the vertical axis, “Original Reporting” (AP, Reuters) down to “Fabricated Information” (patribotics, Info Wars), as well as producing columnar output (Excel, etc.) listed by minimal bias to extreme left/right bias.

Also available are deep dives into CNN, MSNBC, FOX, and TYT Network, charting individual shows within the networks (more of these subgroupings are promised for the future).

Vanessa blogs at All Generalizations Are False and her chart is offered as a public service. If nothing else it may inspire reflection or provide teachers an effective means of spurring classroom discussion.

MORE READINGS ON THIS TOPIC

What are the most empirically neutral, objective, nonpartisan and unbiased news sources in the US?