We Must Always Vote

I vote. I’ve always voted. I’ve always thought it important to vote for the candidate and not just the party. I still do, and I find that means I vote Democratic.

How Our Country Lost Its Way

I first began to notice a change in the way that government conducted business about 25 years ago. Before then, it seemed that politicians would run on a platform, get elected, and then get down to the business of governing.

It meant a back-and-forth, a give-and-take, and bargaining until a consensus was met. No one got everything, but everyone got something. I think that is what the Founding Fathers had in mind when they created our system of government, and it worked pretty well for 200 years. If I had to pinpoint a specific moment in time when it began to fail, it would be the ascension of Newt Gingrich to Speaker of the House. 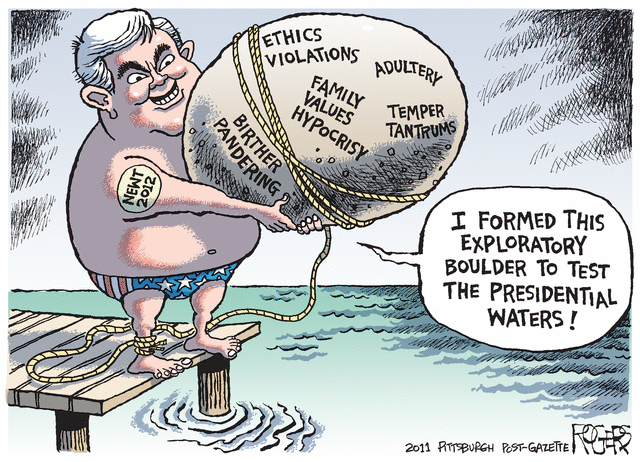 It was the first time that Republicans gained control of both houses of Congress since the mid-1950’s. It also marked a change in how government worked…or didn’t work. Before then, in spite of political differences, our representatives worked for the good of all citizens; for the good of the country. But after Mr. Gingrich’s election, Republicans became concerned with only their constituency, and most importantly, their retaining power.

Ethics violations and an infidelity scandal led to Gingrich’s resignation in 1999, but Republicans retained their Congressional majorities.

I had hoped that with him gone, maybe things would get back to normal but unfortunately, that was not to be. The 2000 presidential election saw the Supreme Court throw the election to George W. Bush. And now it was worse than ever.

September 11, 2001 was a dark day in American history. Mr. Bush received the support of the entire country, but before long his partisan policies, especially his claim that if you weren’t with him you were against him, spelled an end to that unity. 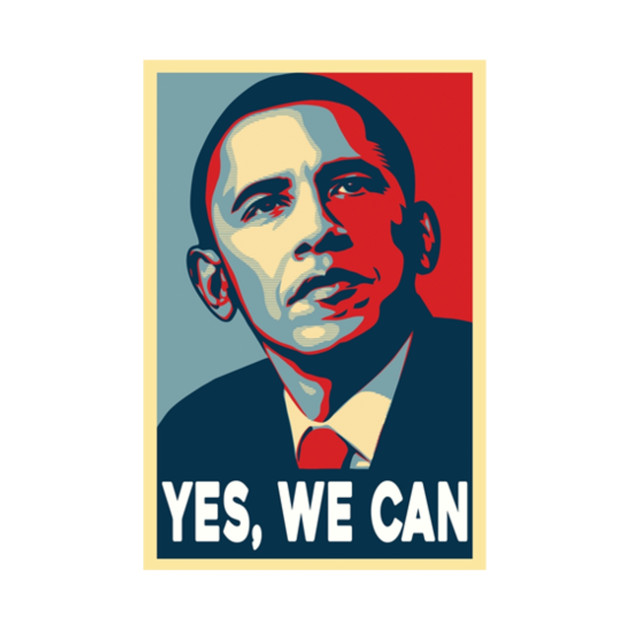 Could Obama Restore Our Functional Government

As the wars dragged on, the citizens began tiring of them. In the 2008 election voters chose a Democratic President, Barack Obama, and restored a Democratic majority to Congress. In an effort to reach out to Republicans, the Democrats adopted the Republican healthcare plan that party had championed 15 years earlier. But they were met by Mitch McConnell stating that his number one job was to make Obama a one-term president.

This is particularly troubling considering that the US faced the greatest recession since the Great Depression. Surely, that should have been job one. Of course, President Obama accomplished a lot while the Democrats controlled both houses of Congress for his first two years but most of what he accomplished was in spite of, not because of, Republicans in Congress. While Democrats tried to build bridges across the aisle, the Republicans were intent on blowing them up.

Suddenly We Are Lost In The Darkness

2016 saw the election of Donald Trump.

He is the second Republican President in a row to lose the popular vote. But Mr. Trump is an insecure egotist so he declared that he must have been cheated out of a plurality of votes; he couldn’t have simply lost.

Broadcasting the usual Republican claptrap of epidemic voter fraud Republicans doubled down on voter suppression. The entire party had spent the years after the 2010 census gerrymandering voting districts to ensure their winning and the dilution of opposition votes. 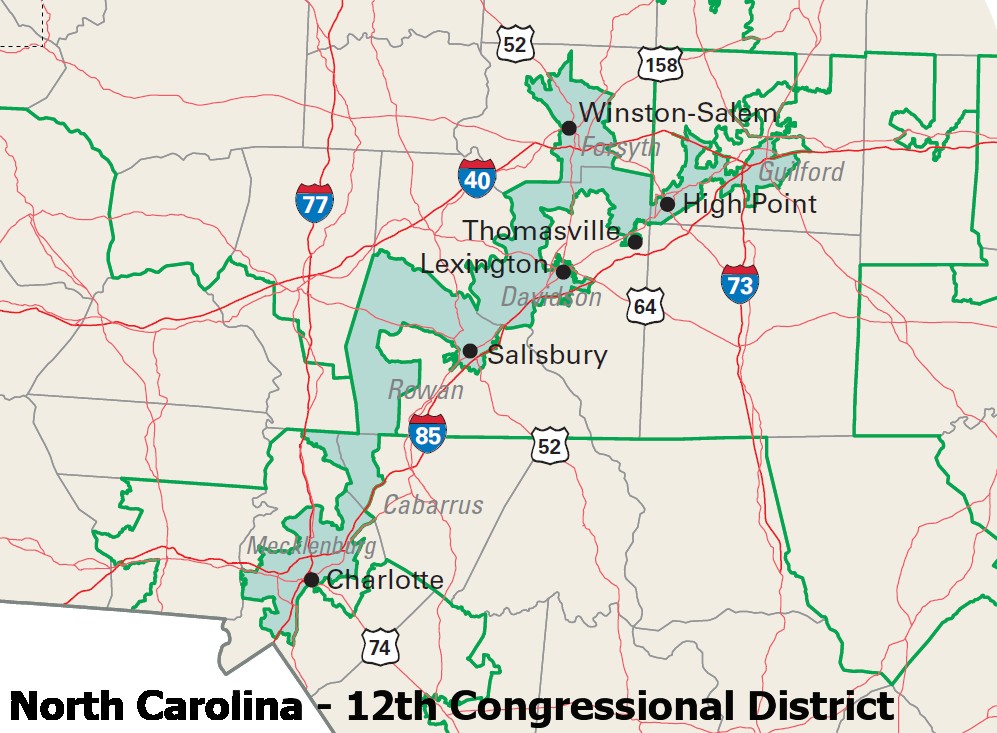 Voter identification laws had been passed in Republican-controlled states. Polling places had been moved to inconvenient locations or removed all together. Voting days and hours were shortened. Allocation of voting machines ensured long lines in Democratic precincts. 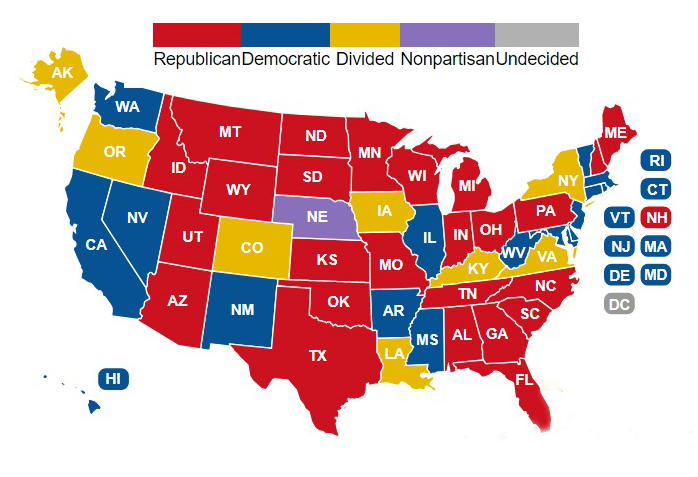 There are also structural differences, such as the allotment of Senators. For instance, California, pop. 40,000,000, has the same number of Senators as Wyoming, pop. 580,000. In fact, only 18% of our population can control a majority of Senate seats. We are being governed by a minority party. Establishing a tyranny of the minority was not what the Founding Fathers had in mind when they wrote the Constitution in such a way as to protect minority rights. They did not intend that goal to be at the expense of the majority’s rights. 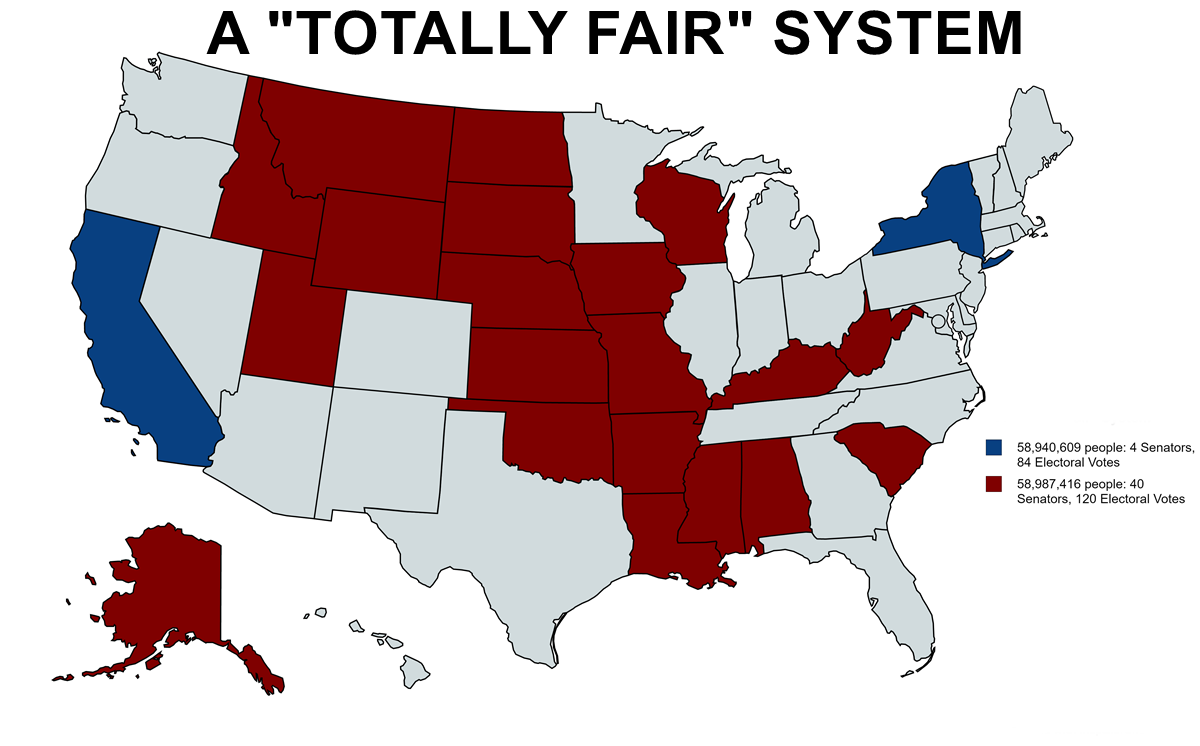 We Must Not Give Into Fear

A significant proportion of our electorate has succumbed to fear. They have grown so fearful that they simply accept whatever their pandering politicians are selling. They accept any of the lies so that they feel safe, secure, and just “better”. They are fearful of facts, learning, and science so they accept whatever their leaders tell them, especially if it supports their own prejudices. 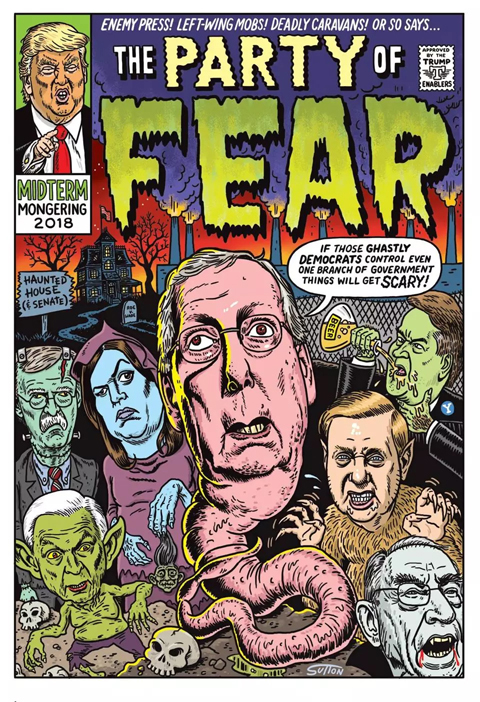 The Way Out Of The Darkness

We must not grow shallow. We must not blindly accept whatever hateful meme appears on social media. We must not be afraid of the truth. We must continue to fact check and seek out truth. 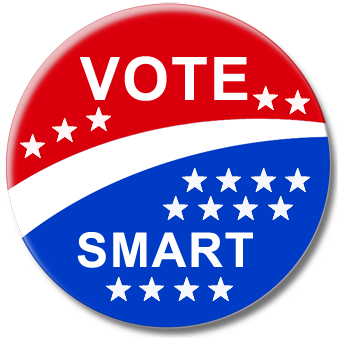 We must not see a hateful, prejudiced, or scared person in the mirror. We must be strong, honor the truth, and challenge our assumptions. Always.

We each want to be better as a person, a citizen, and a voter. We want to leave a better world to our children and grandchildren.

And so I look for facts. I study issues. I vote for the person I think is best qualified for the position, and invariably, that person is a Democrat.

But most of all I cast an informed vote. Everytime.

How Future Control of Congress Could be Decided

The Race to Control the Senate in 2020

Donald Trump and the Politics of Fear