Only The “Little People” Pay Taxes

While the Constitution doesn’t explicitly say that Congress may investigate the Executive branch, such authority was widely recognized as implicit in both the British Parliament (for centuries) and our own pre-Revolutionary colonial charters. Our Founders (according to our best historians) simply assumed and expected that such would be the case going forward with our new country’s government.

Over the past 240 years the Supreme Court has repeatedly sided with Congress’ use of its investigatory powers and subpoenas in order to assure that the laws are being faithfully executed, and to inform planned or pending legislation. 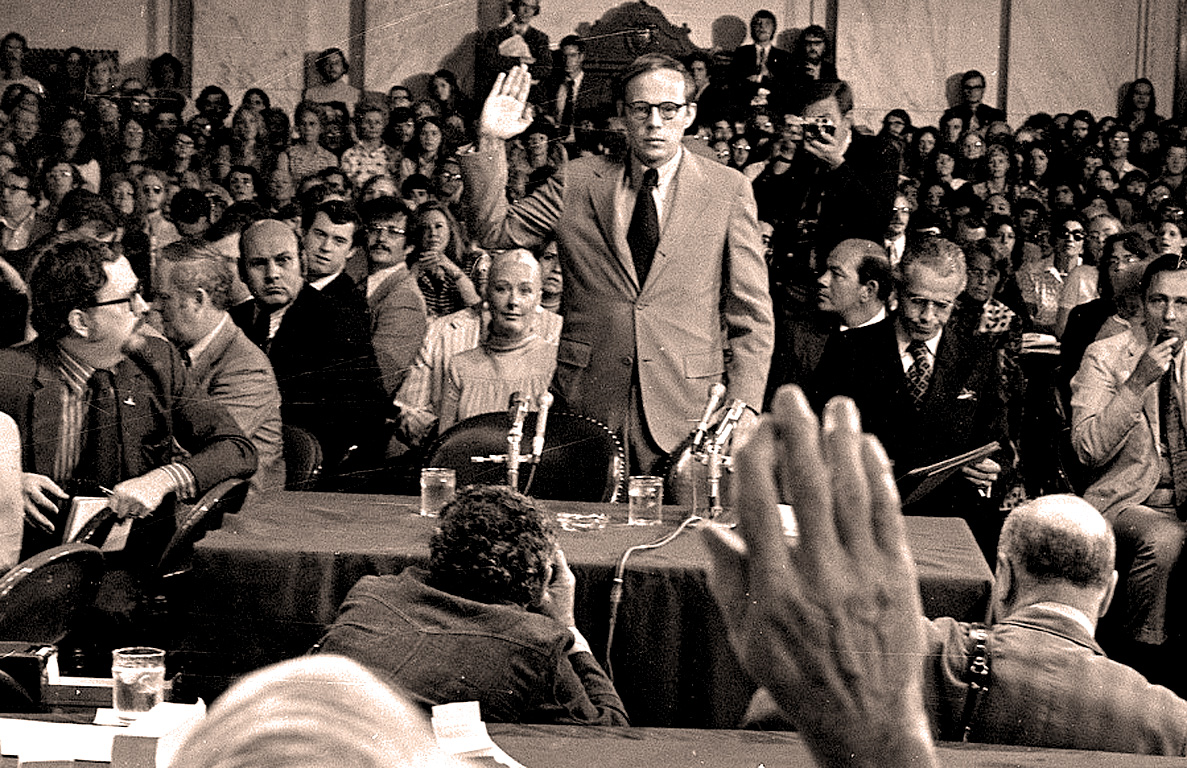 Recently the House of Representatives has requested the President’s tax returns from the IRS to ensure that they are treating his taxes in the manner they should, and to determine what legislation could be required such that all future Presidents’ finances will be transparent. The law stipulates that upon receiving such a request the IRS “shall” turn over those documents to Congress (Note: in law the word “shall” means SHALL – no exceptions; the word “will” is considered less definitive).

Since our system of income tax relies on voluntary compliance (the IRS doesn’t calculate hundreds of millions of tax bills individually) it is necessary to assure the taxpayers that we are ALL paying our fair share. Allowing a perception of the President to be a tax dodger or scofflaw could destroy our citizens’ faith in the entire system and bring the country to financial ruin. Dodging taxes was a primary cause of the Fall of Ancient Rome…and more recently, the financial default by Greece last year. 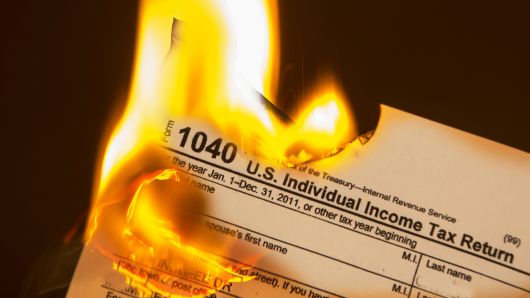 The Secretary of the Treasury has refused Congress’ request to provide the President’s tax documentation to Congress on the (spurious) grounds that the Secretary is permitted to determine if and when Congress’ request is for a “legitimate reason”. Of course, there is no such latitude expressed in the applicable law…but that’s par for the course with this administration.

The Congress, wishing to move the process along, then issued a subpoena. Why argue Secretary Mnuchin’s claim in court when they have the stick right at hand to compel the release.

A couple of days after the Treasury Secretary mounted his “no legitimate reason” defense, Trump went into great length about how builders like him were able to show “paper losses” and game the system. He literally described his tax avoidance actions as a “sport”.

Thanks Donald, for providing the airtight justification for Congress to see those taxes. We remember Leona Helmsley’s mocking of “the little people”, her term for those who actually pay taxes. How can we assure our population of trusting taxpayers that their President, who brags that he has spent a lifetime dodging his taxes, has been and is paying his fair share?

It is really fortunate for us that Donald Trump is a moron. A smarter dictator-wanna-be could possibly steal our democracy. But this fool? No way. 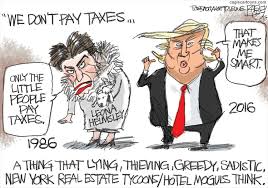 After allegations of non-payment were made by contractors hired to improve Helmsley’s Connecticut home, she was investigated and convicted of federal income tax evasion and other crimes in 1989. Her original sentence of sixteen years was reduced, and she served only nineteen months in prison and two months under house arrest.

During the trial, a former housekeeper testified that she had heard Helmsley say, “We don’t pay taxes; only the little people pay taxes,” an aphorism which identified her the rest of her life.

TEST QUESTION 1A: What other New York real estate tycoon is famous for stiffing his contractors?

TEST QUESTION 1B: How many years will his tax avoidance schemes earn him?